Cast Your Vote In encore's Best Of 2019 Contest

Every year, encore magazine accepts nominations from the public for its “Best Of” contest creating friendly competition among local businesses, services, entertainment venues and more. Right now, the nominations are in and the 2019 contest is in full swing.

This year, you can cast your votes in over 170 categories listed under four main groups: Food and Drink; Retail, Goods and Services; Arts, Entertainment and Media and Humanitarian. The rules are simple: choose one of the three or four nominations in each category, vote for your favorite in at least 25 categories and don’t vote for the same business in more than three categories.

We are excited to see so many Downtown Wilmington merchants, eateries, entertainment venues, breweries, galleries, hotels, attractions and event venues represented. Show your support by voting for favorites—it’s quick and easy. Sing the praises of your favorite downtown places by encouraging your friends to take part in the contest. Votes are accepted until April 3rd.

Winners receive one of the much coveted “Best Of” certificates and will be celebrated May 11th at Waterline Brewery for the first annual Bestival—arts, music, food, beer. DREAMS of Wilmington is the beneficiary of encore’s 2019 Best Of.

Also, did you know that encore editors along with two local food writers created a list of 100 Fave Eats in Wilmington and dishes from 35 downtown eateries made the list? See the favorite dishes from downtown that made the list here: 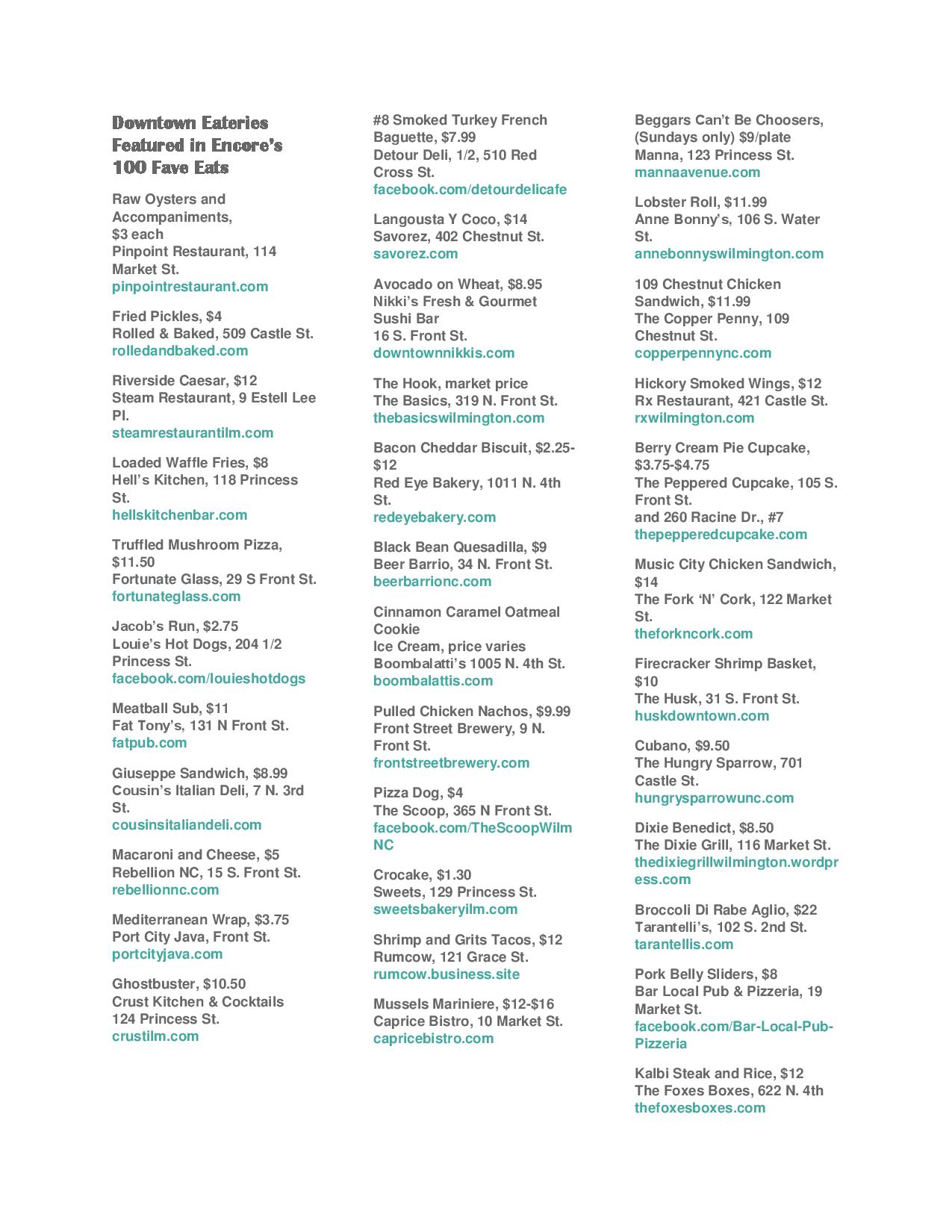