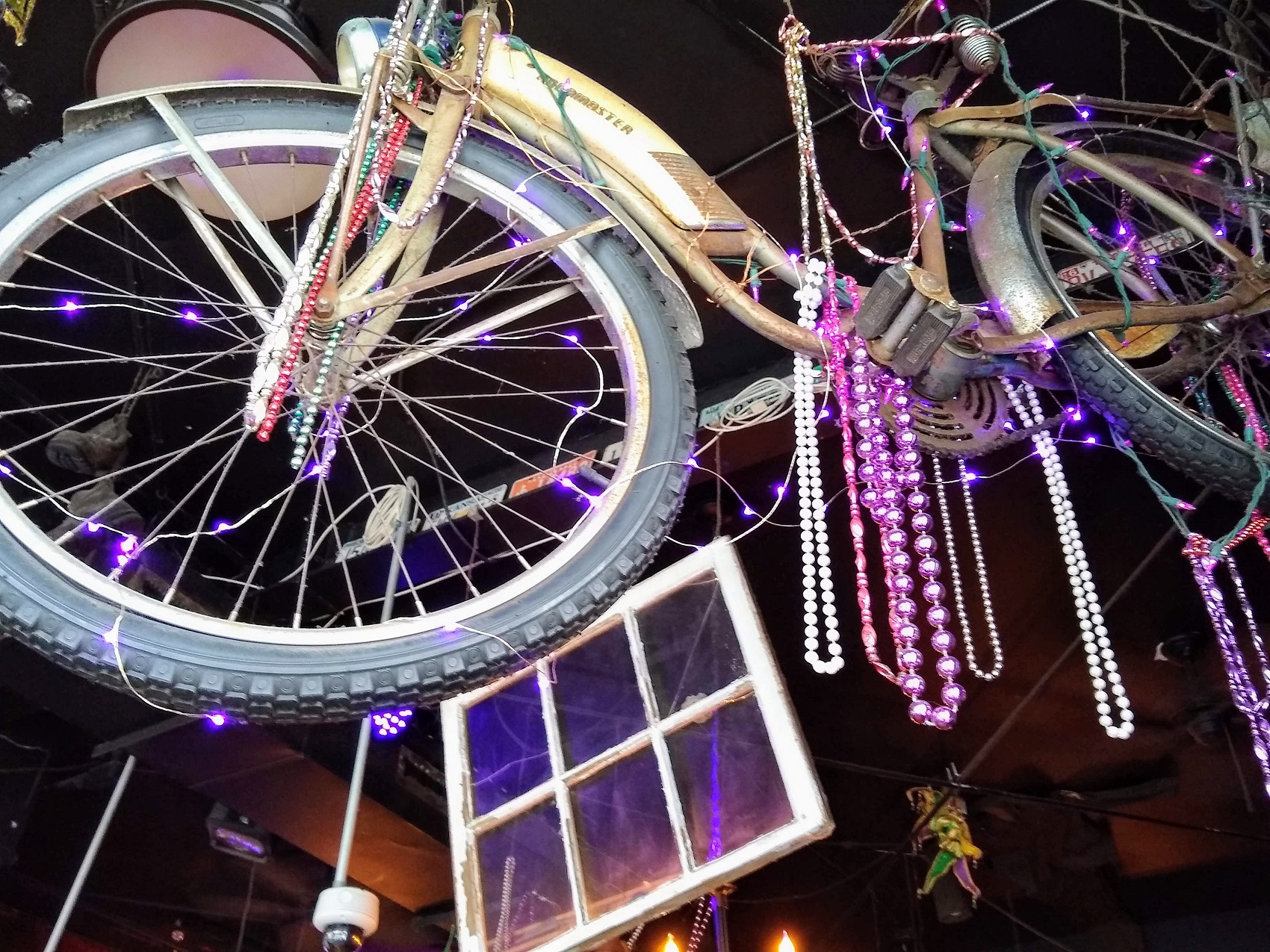 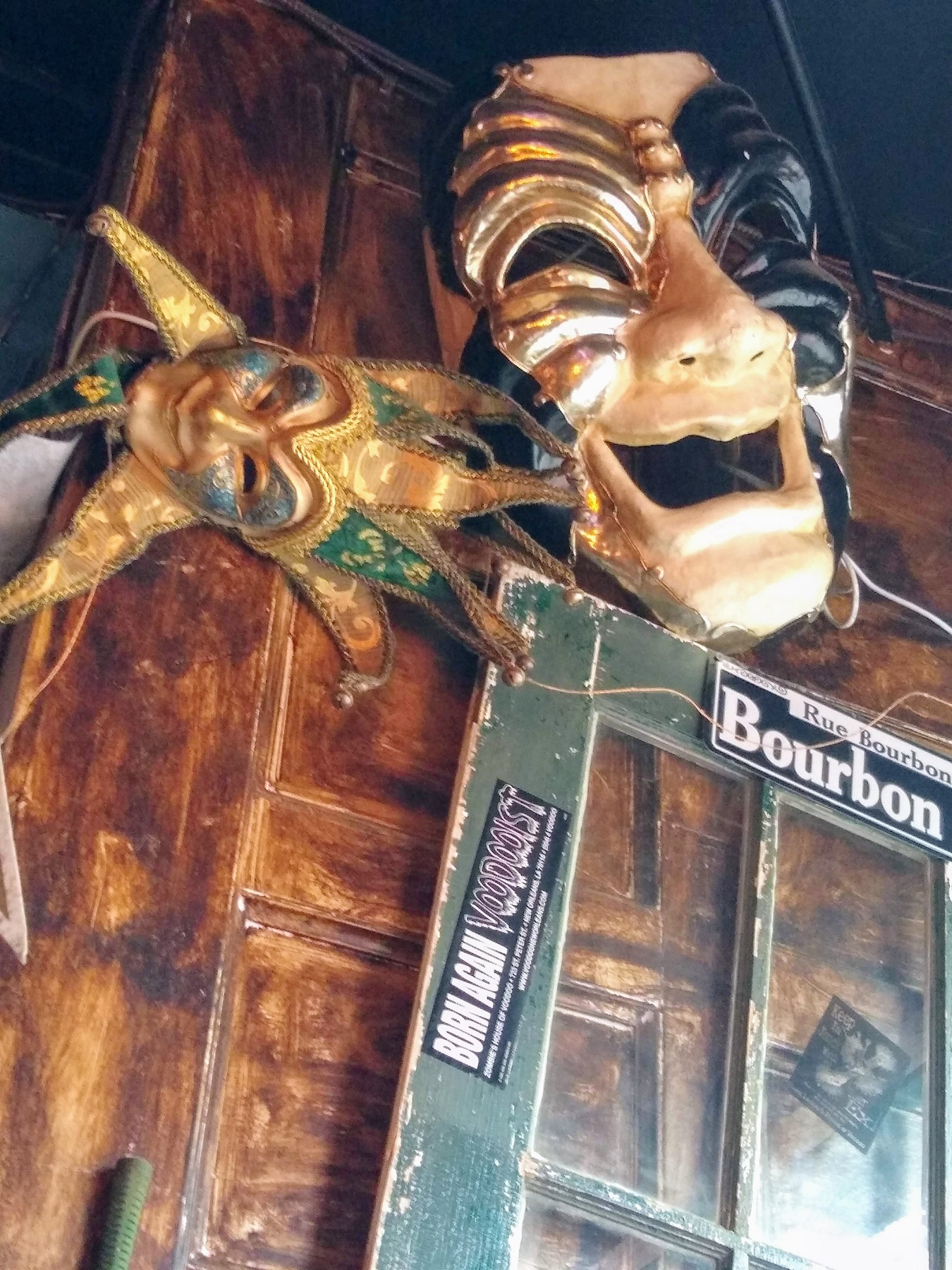 Two brothers, originally from Colombia, South America, visited New Orleans and loved the “Big Easy” lifestyle. They returned repeatedly and wanted to duplicate the same vibe in an entertainment venue. After successfully establishing places they named, “Bourbon Street” in Colombia, a friend from Wilmington, NC, suggested they expand here.

When they visited Downtown Wilmington, they found the perfect spot on the corner of North Front and Princess Streets and Wilmington’s Bourbon Street was born. The restaurant has a distinctive Mardi Gras theme with pictures and souvenirs from the New Orleans’ Mardi Gras festivals hanging from the walls and ceiling.

Mardi Gras, French for Fat Tuesday, is celebrated in many places influenced by early French settlers. Originally, a religious festival where people fattened up on rich foods before the period of fasting known as Lent, Mardi Gras has morphed into a celebration depicted by parades, costumes, masks and beads.

Although some people may only celebrate Mardi Gras once a year, Wilmington’s Bourbon Street gives you the perfect excuse to celebrate year round. Daniel Echerverri, the brother who runs the Wilmington location, says they have live music almost every day—Poppa Soul Tuesdays, Karaoke Wednesdays (and Sundays), Open Mic Thursdays and live bands Fridays and Saturdays. There’s no cover charge and families are welcome. 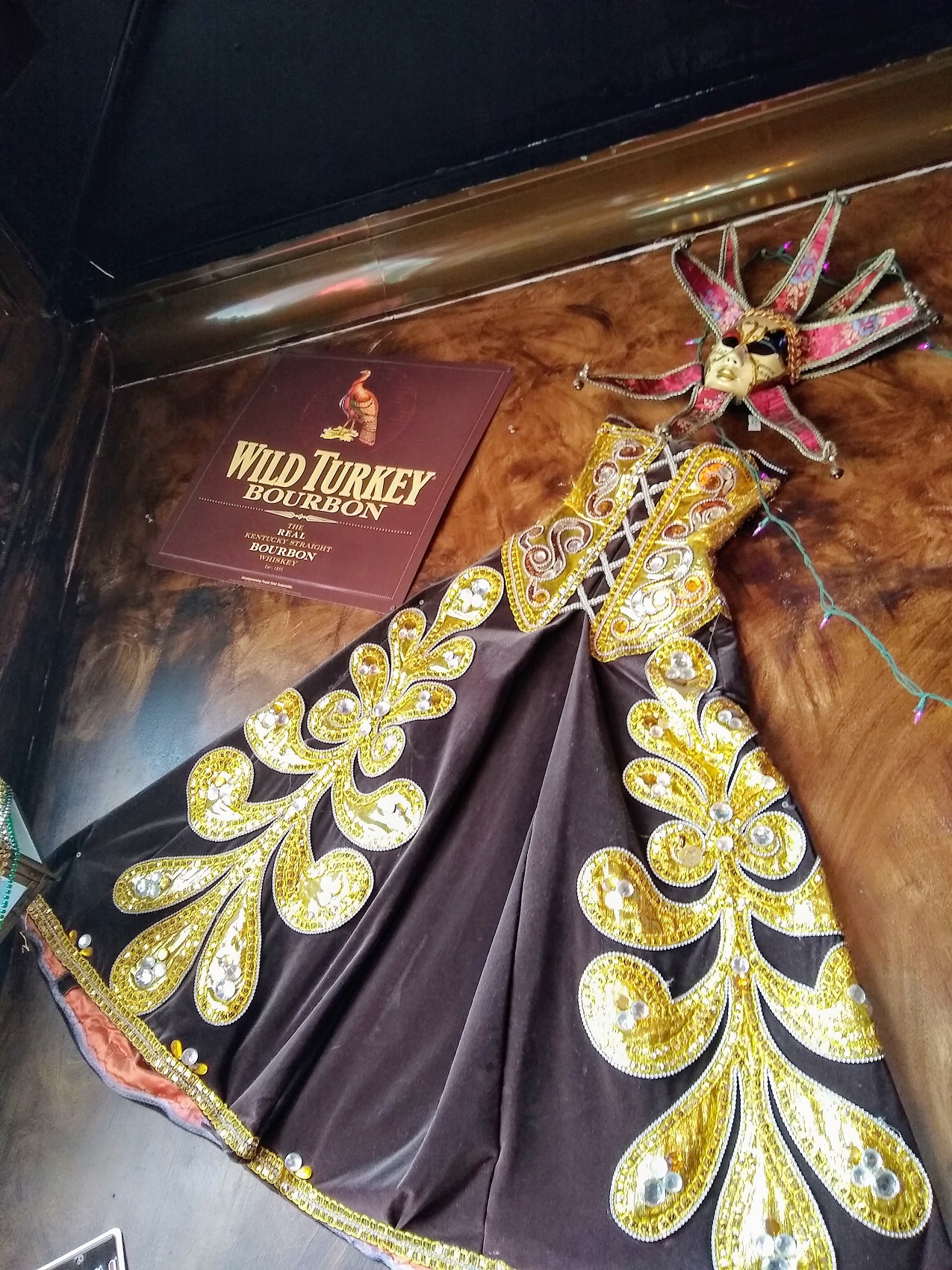 In true New Orleans style, they also serve food all day. You can enjoy typical Cajun-Creole foods like Spanish omelet or hot sausage for weekend breakfast and po boys, gumbo, crawfish and jambalaya for lunch or dinner every day. The combination of French and Caribbean spices gives everything a true New Orleans flavor. Other popular dishes include bang-bang shrimp and charbroiled oysters.

Standard American food is also available but be sure to finish up with freshly made beignets.