Creating the Perfect New York Pizza is a Labor of Love 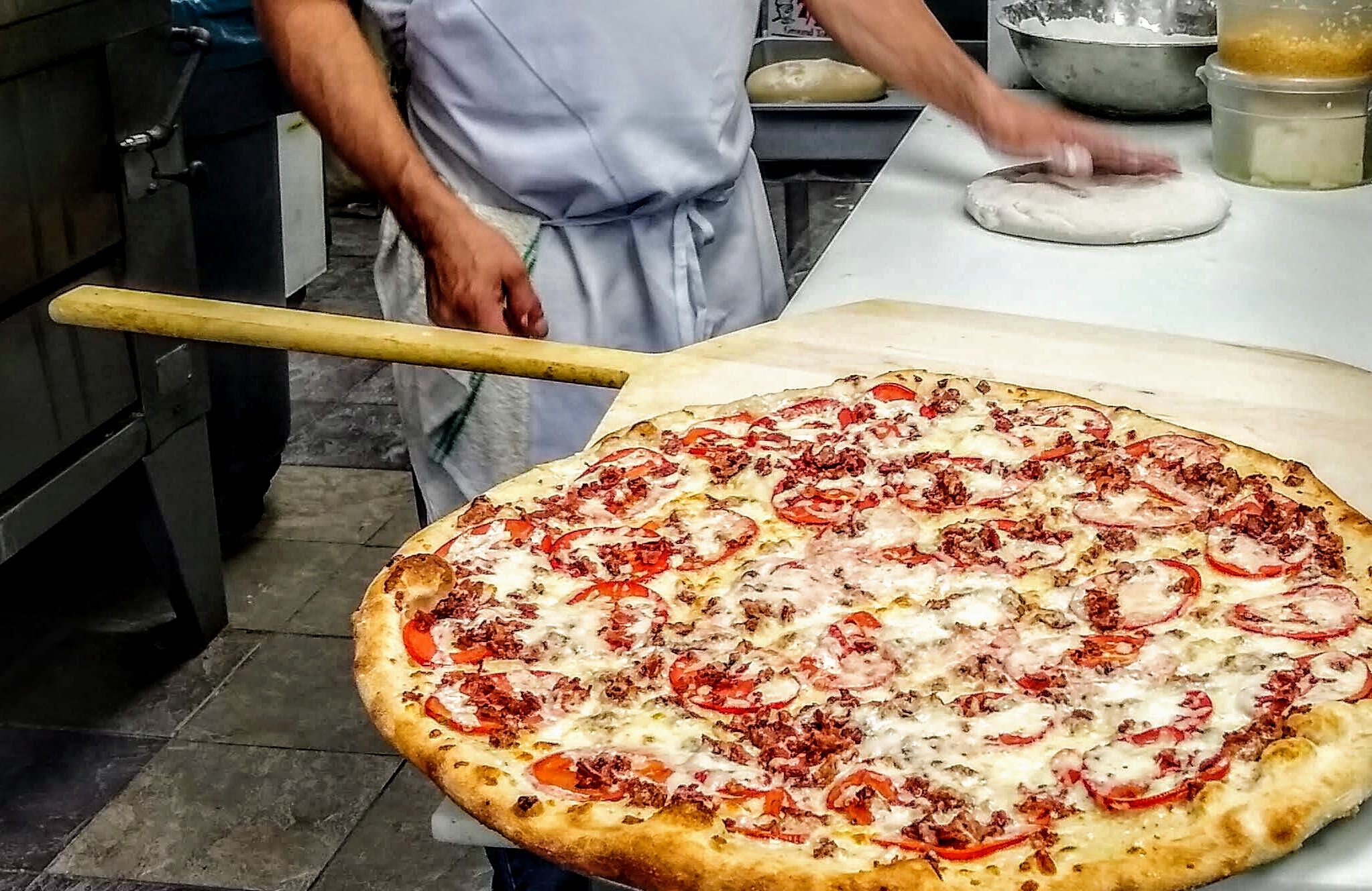 Pizza fans certainly have lots of options in Downtown Wilmington and I Love New York Pizza on Front Street is a restaurant that focuses on pizza alone. The reason for this may be historical.

I Love New York Pizza is very family oriented…from the old country is how manager, Andy Avgerimos, explains it. Andy and owner, John Karonis are from Greece—which is where some believe pizza originated. The Italians may dispute this claim but the Greeks claim to have been the first to have added cheese, herbs and vegetable toppings to flatbread (the Ancient Egyptians made the first bread). The Italians have dibs on adding tomato sauce to create the pizza we are more familiar with today. 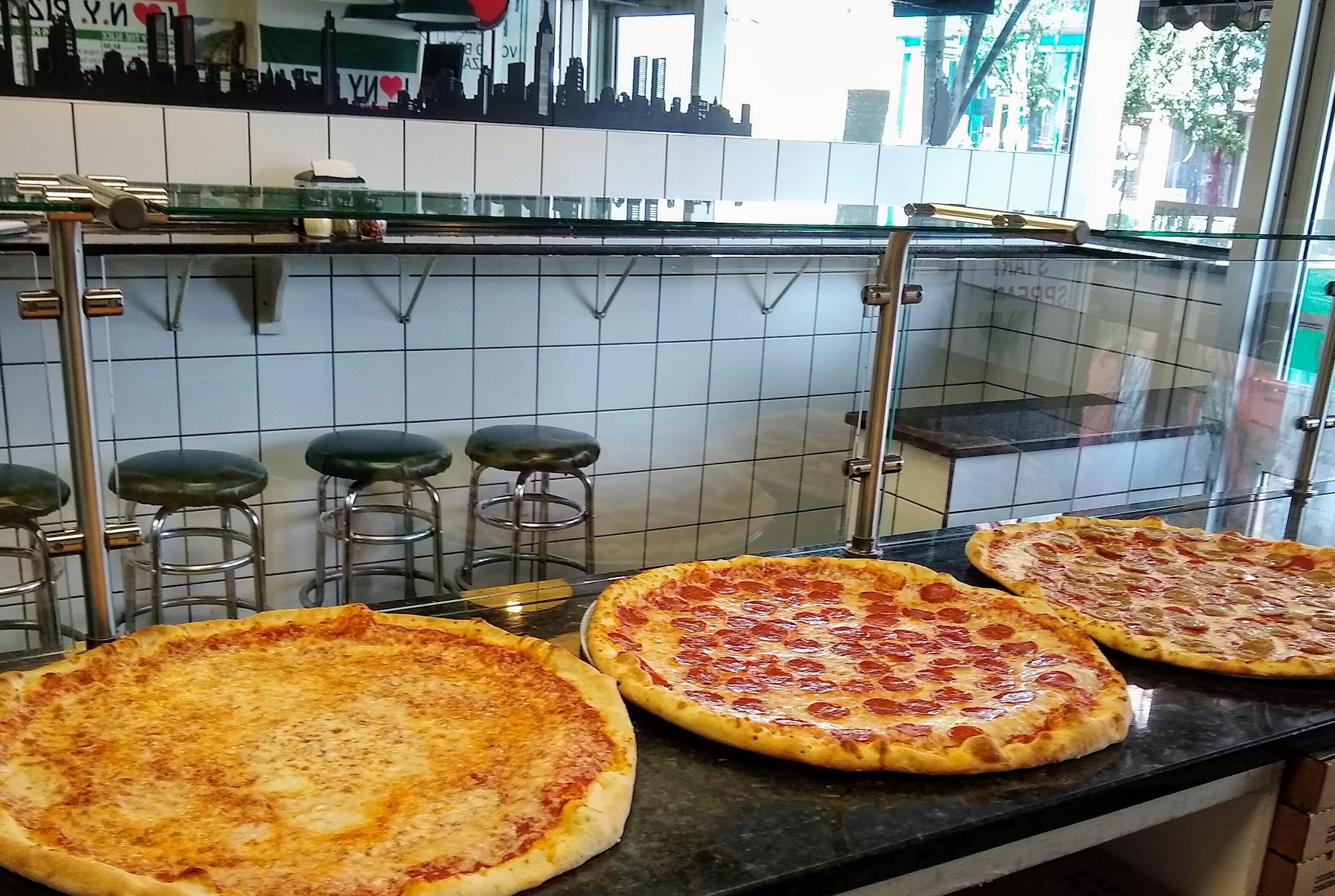 In the late 19th century, pizza was introduced to Americans by Italian immigrants and it was known as the poor man’s lunch because initially, it was pedaled on the streets. The Italians influenced the style of pizza created in New York—thin and flat with tomato sauce, cheese and a crispy crust. As Andy says, “Essentially, you have to be able to pick up a slice and hold it folded.”

History aside, the Greeks are very loyal to their heritage and pizza is a time-honored, traditional food for Greek families. John previously owned a diner in New York and four restaurants in Ohio where he and Andy met 35 years ago. They raised their families in Ohio and came to Wilmington 10 years ago when John’s youngest daughter married here.

John decided to stay and bought I Love New York Pizza. Andy joined a couple of years later. They then began creating the perfect New York pizza. The dough and the sauce are made from scratch each day. Andy revealed the secret to a perfect pizza is how you handle the dough. It has to be chilled after it has relaxed and when it is ready to be used, it has to be hand-stretched so it is thin and even. It is then pre-baked and has to be baked again to set the crust so it is thin and not floppy. 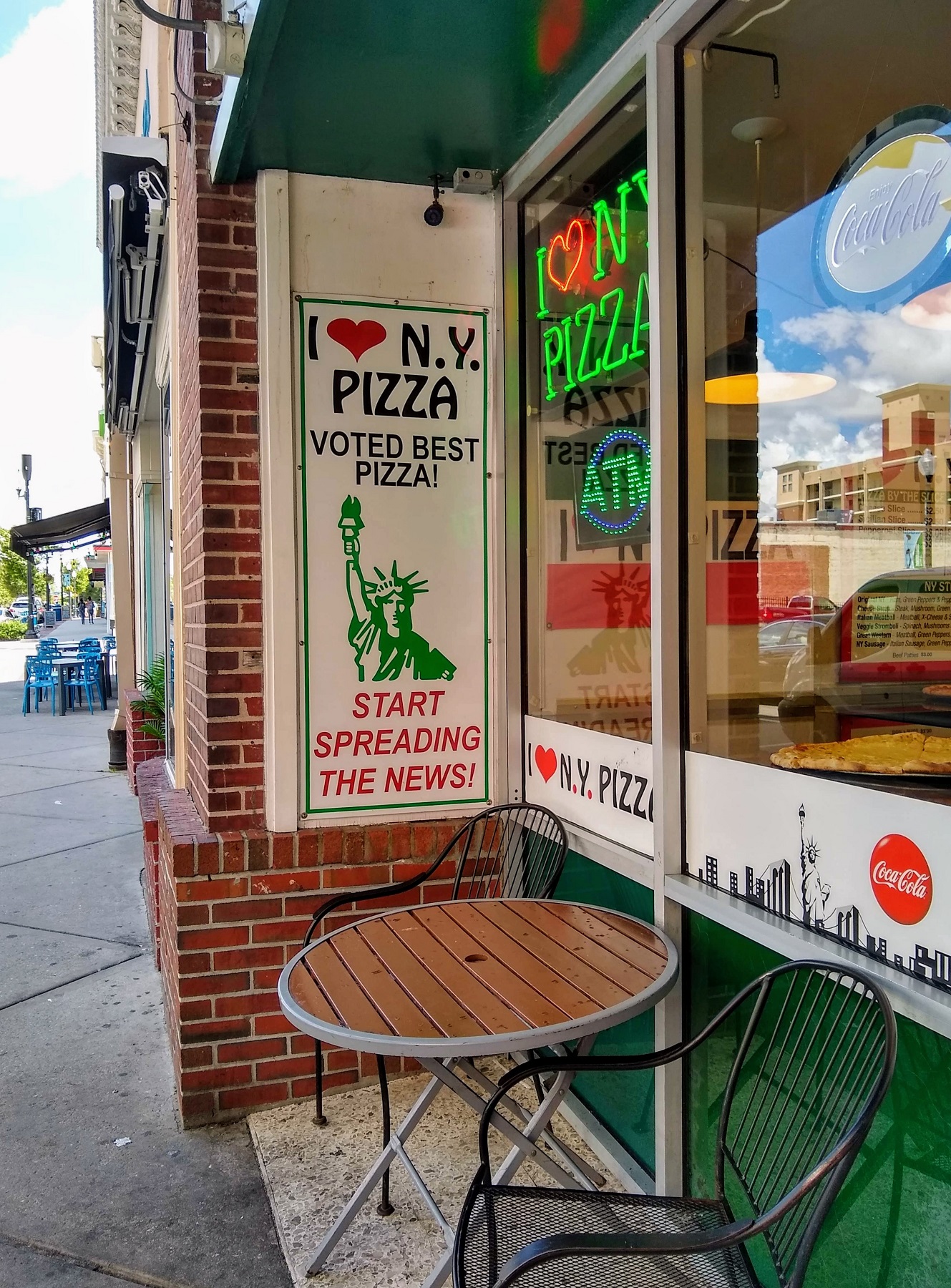 The quality of the pizza served at I Love New York Pizza is important to Andy and John. Although the process is labor-intensive, it is also a labor of love. They make around 50 pizzas a day during the week and around 400 a day during the weekend! Andy says it is worth it for the gratitude they receive from their customers.

Whether you are a local or a visitor, you should try a slice or two of New York pizza. You have 25 different varieties to choose from or you can stick to favorites like meat lovers, pepperoni, Rio rancho, Roma spinach or Buffalo chicken. Enjoy!