Home / Blog / Experience the Real Deal at The German Café

Experience the Real Deal at The German Café 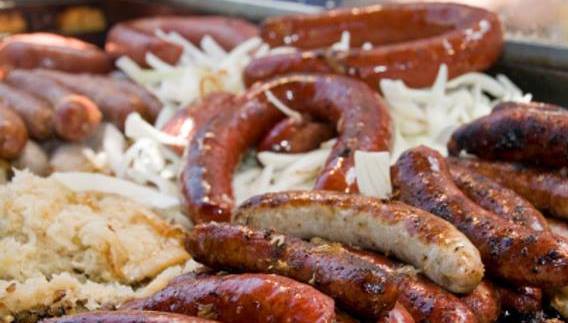 If you like a good hot dog, you’ll love the German Café on the Water Street side of Downtown Wilmington’s Cotton Exchange because it offers an authentic selection of German sausages, also known as wurst. To clarify, hot dogs are just the American version of wurst with the name most likely having come from the humorous reference to the sausage-shaped body of the German Dachshund dogs that accompanied German immigrants in the 15th century. 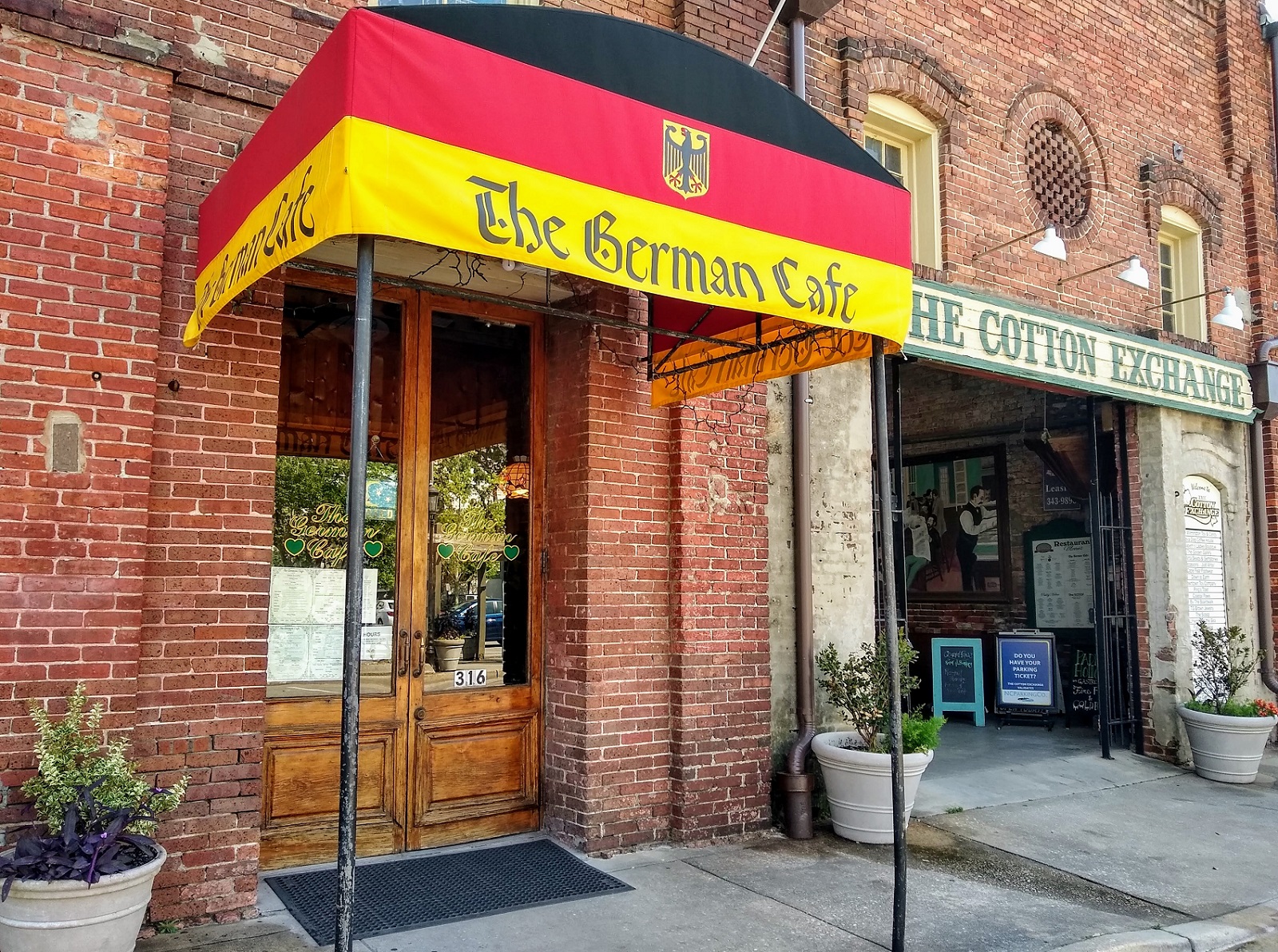 The original birthplace of the hot dog is fought over by two cities, Frankfurt in Germany and Vienna in Austria. Both stake a claim around the same time, just a few years before Christopher Columbus set sail for America. Today, the texture and taste of modern Frankfurters (from Frankfurt) and Wieners (from Vienna) are similar although Wieners are typically thinner.

The German Café offers a selection of wurst made according to family recipes. The owners, Harvey Hudson and his sister Carolyn McFarland opened the business with their mother in 1985. Their mother introduced them to recipes passed down from their grandmother who was taught how to cook by nuns in a German convent. The varieties of wurst contain different combinations of meat and seasonings and are commonly served with hot German potato salad, sauerkraut and pickles. 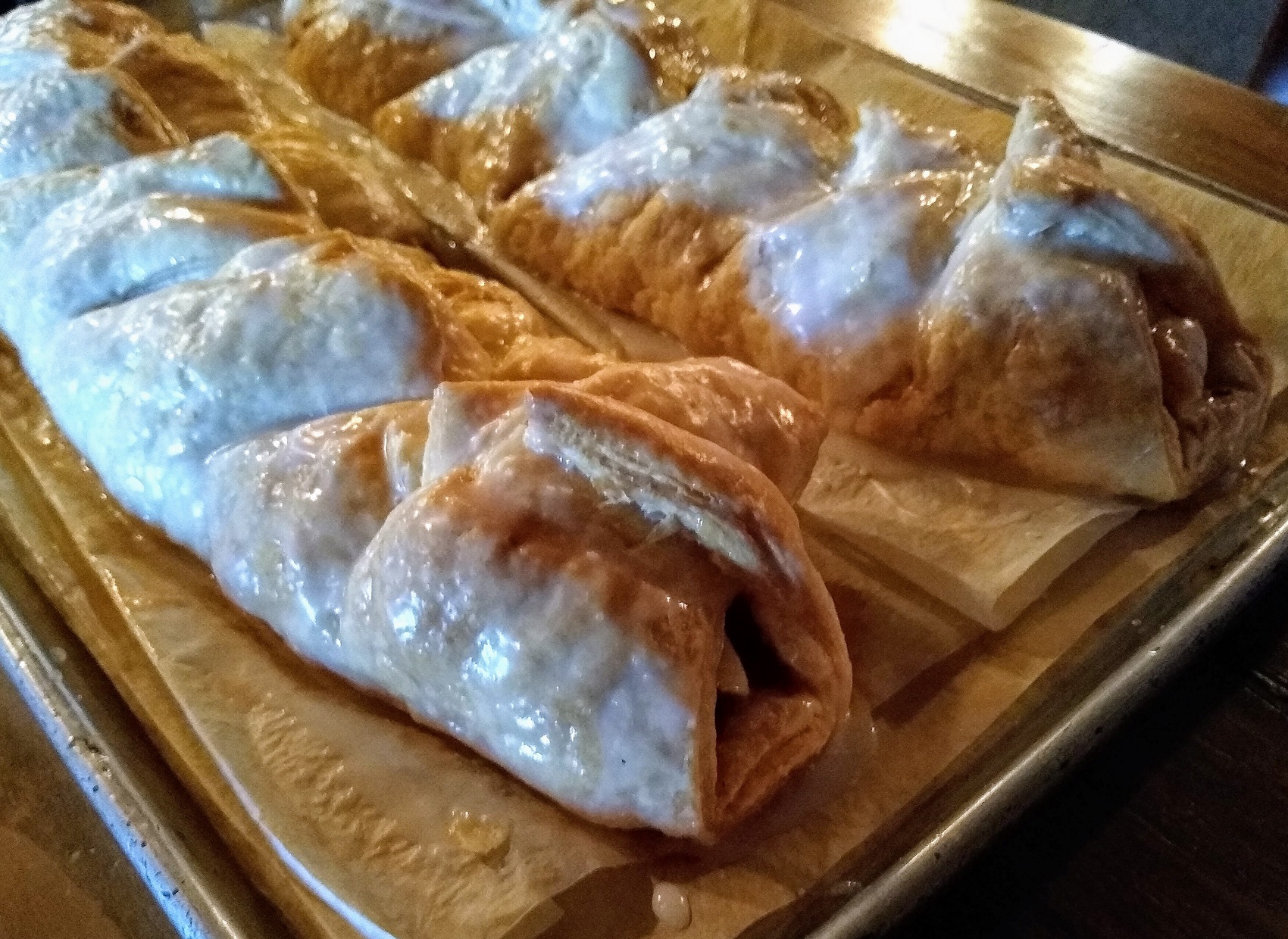 The menu has remained the same for 34 years and your visit will only be complete if it includes dessert—even if that’s all you have! The pastries are made fresh daily and the strudels are in high demand, especially the apple and the cherry.

Even though the Napoleon pastry has French origins and the “German” chocolate cake recipe was originally created by the Penn Dutch people, the desserts are low-sugar and still mouth-wateringly delicious! Complement your dessert with a cup of coffee or one of the 20 different German beers and you’ll be set. 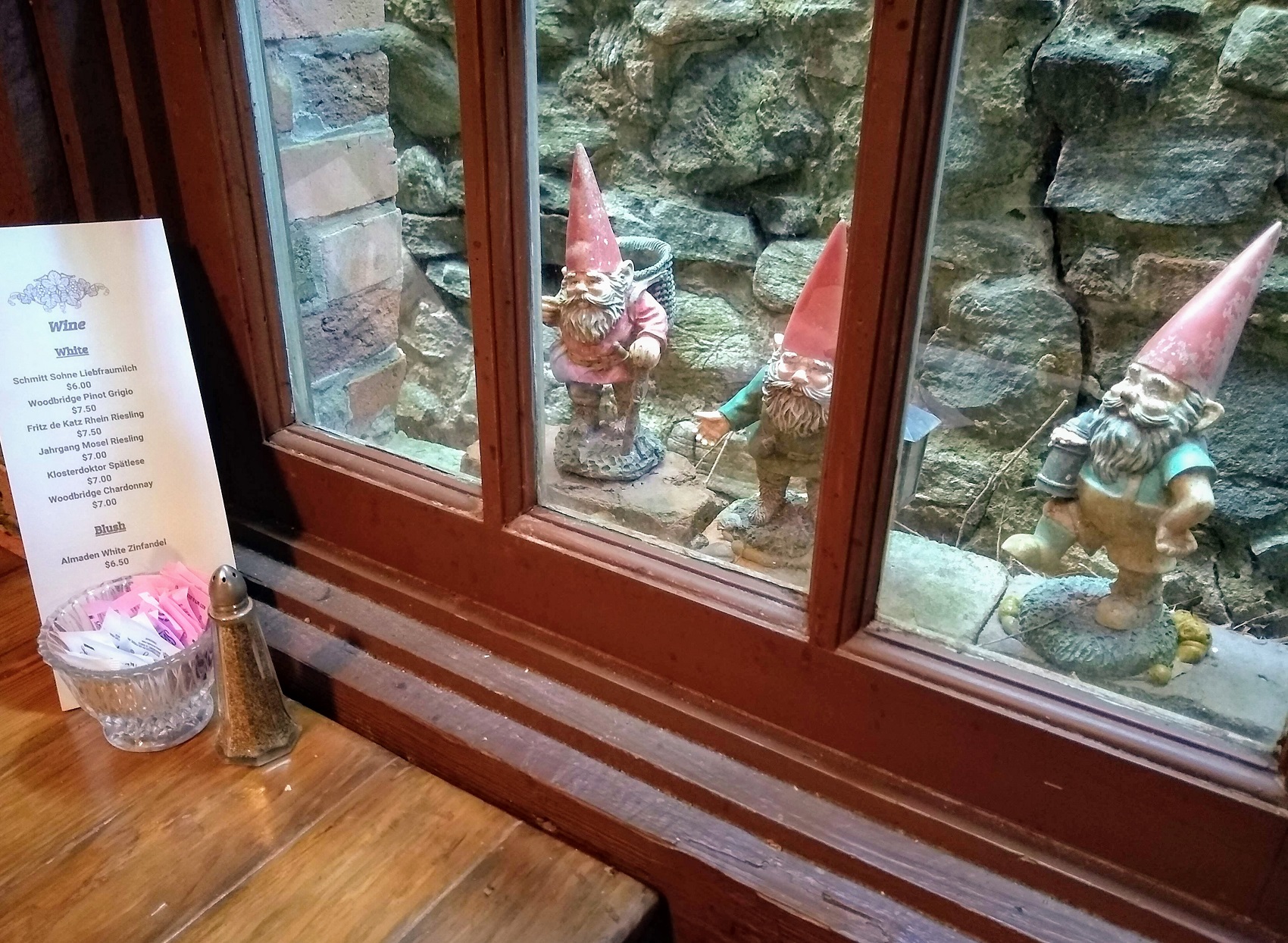 The restaurant seats 75 people in two separate dining areas and if you want to sit at one of the more popular tables (the gnome table or the cubby), be sure to make a reservation.