Kick Start Your Day With Gourmet Coffee From Java Dog 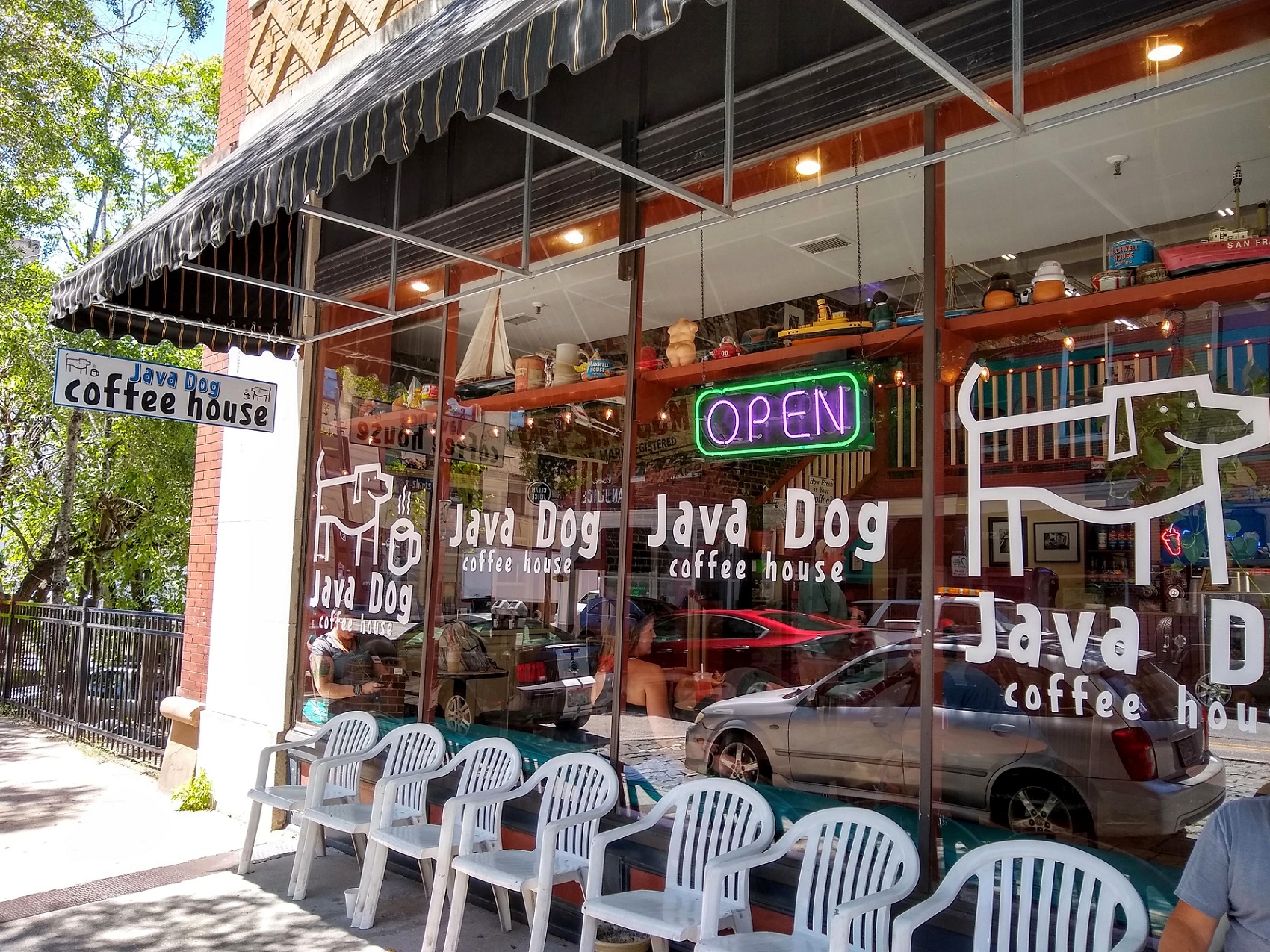 Every day is a Java day and every dog is a welcome sight at Java Dog, a café that became a great addition to Wilmington’s coffee culture when it opened downtown in 1996.

Like many people who live here, Paul Brown discovered Wilmington on a road trip along the east coast. He was looking for a city that could support an independent coffee house and was drawn to the friendly vibe of Downtown Wilmington. 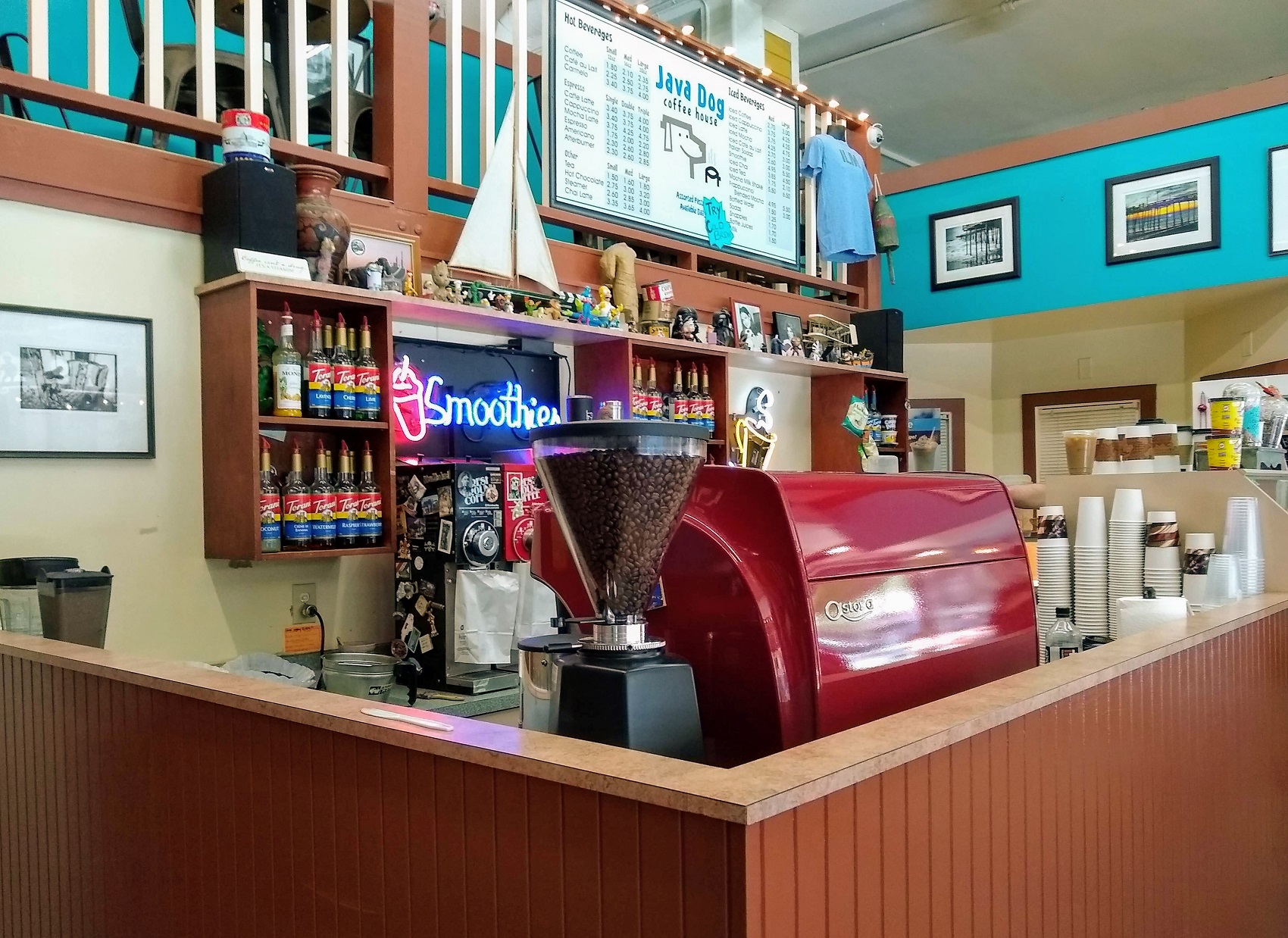 Java Dog first operated out of the building that is now home to Clean Juice. In 2002, a spot opened up at the front of the Cotton Exchange building. Paul liked the north end of Front Street because he was a comfortable distance from other downtown coffee shops. At that time, the Cotton Exchange was still undergoing repairs from 1999’s Hurricane Floyd and his customers remained loyal throughout the transition.

Paul’s customers are what make his business a pleasure to operate and he has fond memories of many who have visited, especially people from Europe. He says the Europeans have a unique appreciation for good coffee and have often praised Java Dog for serving the best cappuccinos.

In today’s trendy coffee culture, gourmet varieties have continued to evolve. Currently, iced coffee, Frappuccino and smoothies are the most popular in our warm climate but Paul has seen an uptick in demand for espresso shots. Where people used to have one or two shots in their brew, it is now common for customers to ask for four or five! And the latest trend is for dirty chai—a tea drink with a shot of espresso! 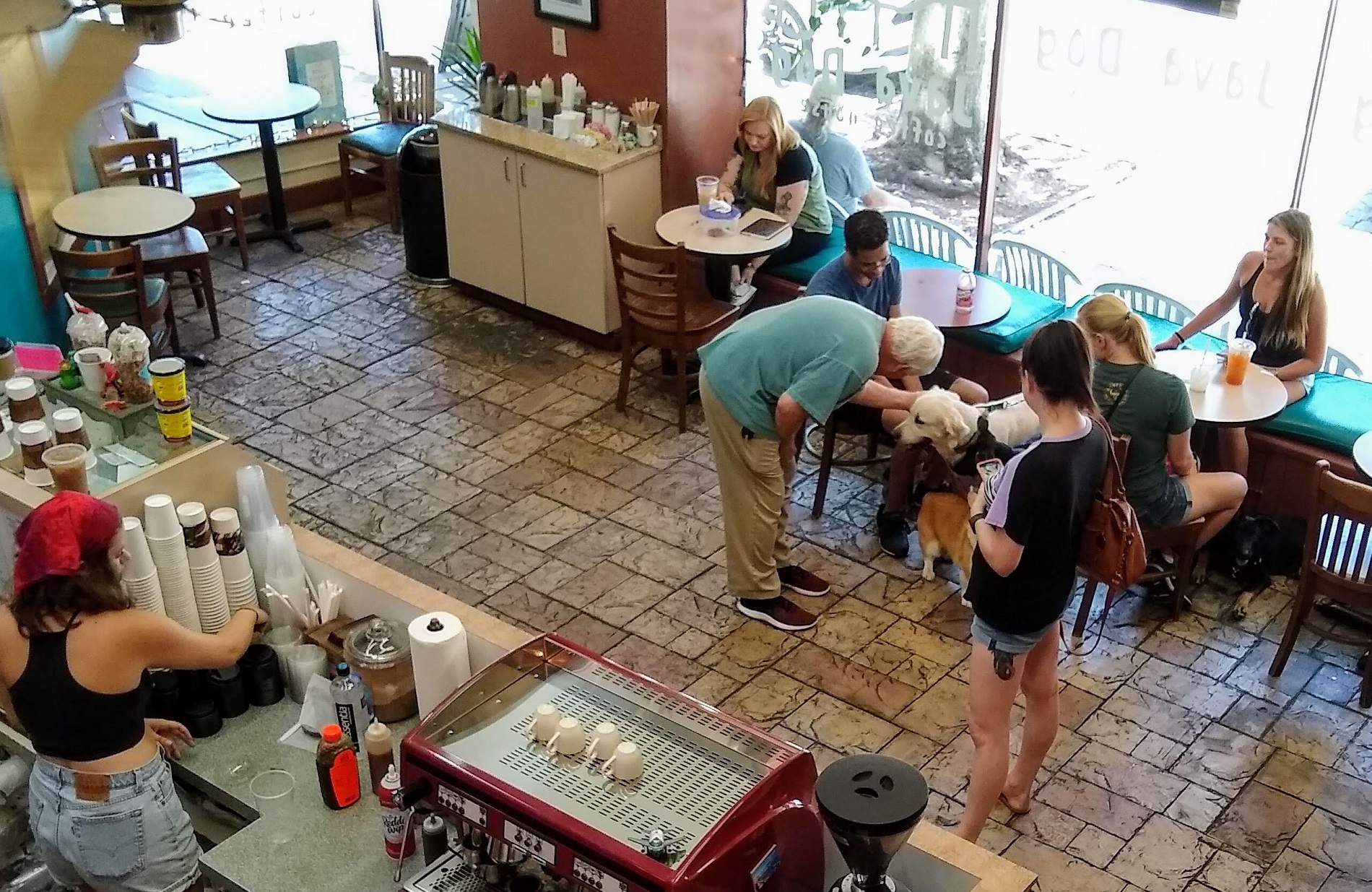 After all that espresso, you may need to burn off some surplus energy, so bring your dog with you and afterward, take a stroll through Downtown. Paul is a dog lover so dogs are welcome at Java Dog. He used to have a chocolate Labrador named Meg when he first opened the coffee shop. While she has passed on, Paul credits the business name to his furry friend and says Meg even has a coffee blend named after her.

Paul now has a black Labrador named Rocket, so guess what he’s going to call the next signature blend? Rocket Fuel! You probably won’t need an extra espresso shot with that!