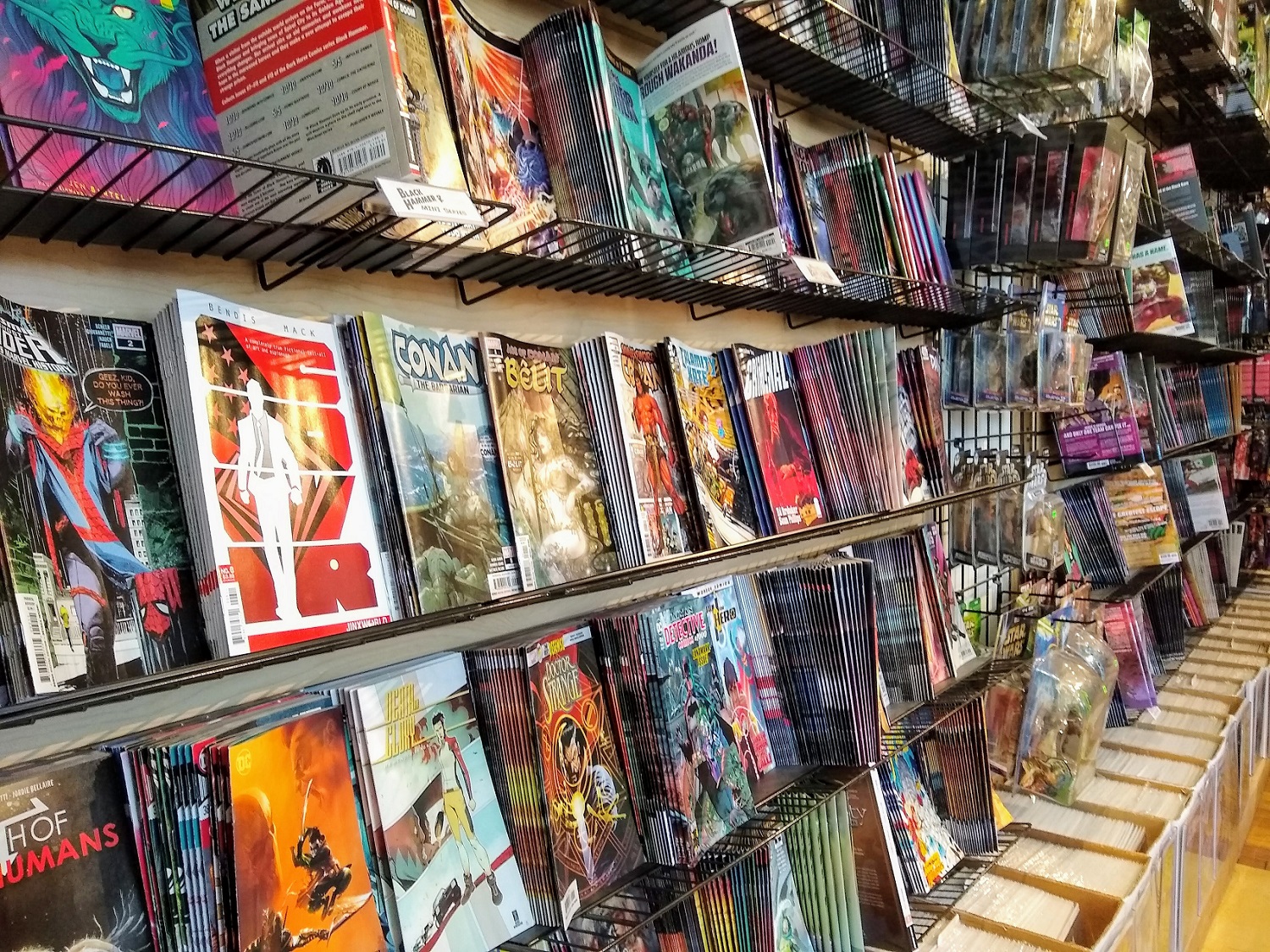 Who knew that when Superman first made his appearance in a comic in 1938 that he’d still be famous worldwide 80 years later? Enhanced by television and movies, his popularity led to the creation of many other comic book superheroes. 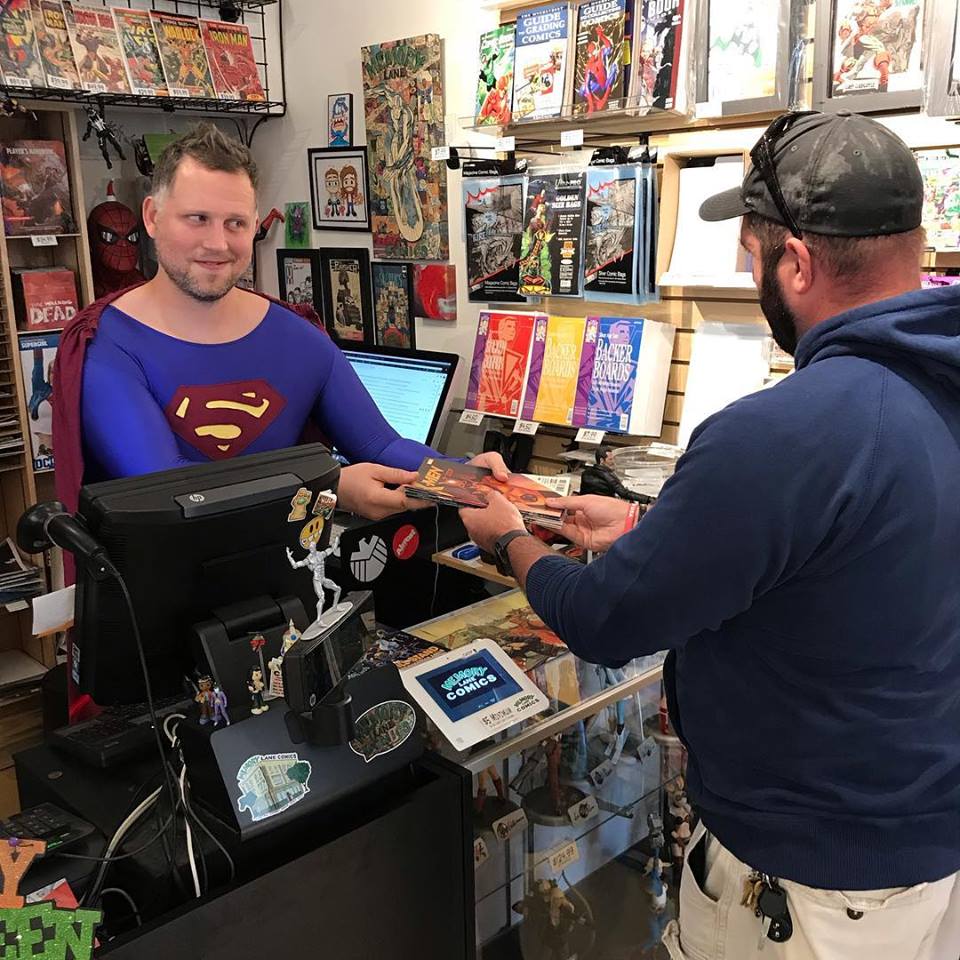 Comic books can be traced to 18th century Japan, although it was 1842 before the first comic book was printed in the US. Early American comic books—mostly collections of comic strips from newspapers—weren’t hugely popular. Superheroes transformed the industry and were the driving force behind the Golden Age of Comic Books.

Since then, the industry has gone through many transformations and comics are still popular with people of all ages. Ben and Jake Motsinger, owners of Memory Lane Comics on Princess Street in Downtown Wilmington, have seen a change in the demographics of their customers in the ten years since they first took over the business. In 2009, they mostly sold comics to men aged 18-45. Today, Jake says they are busy serving just as many women and children. 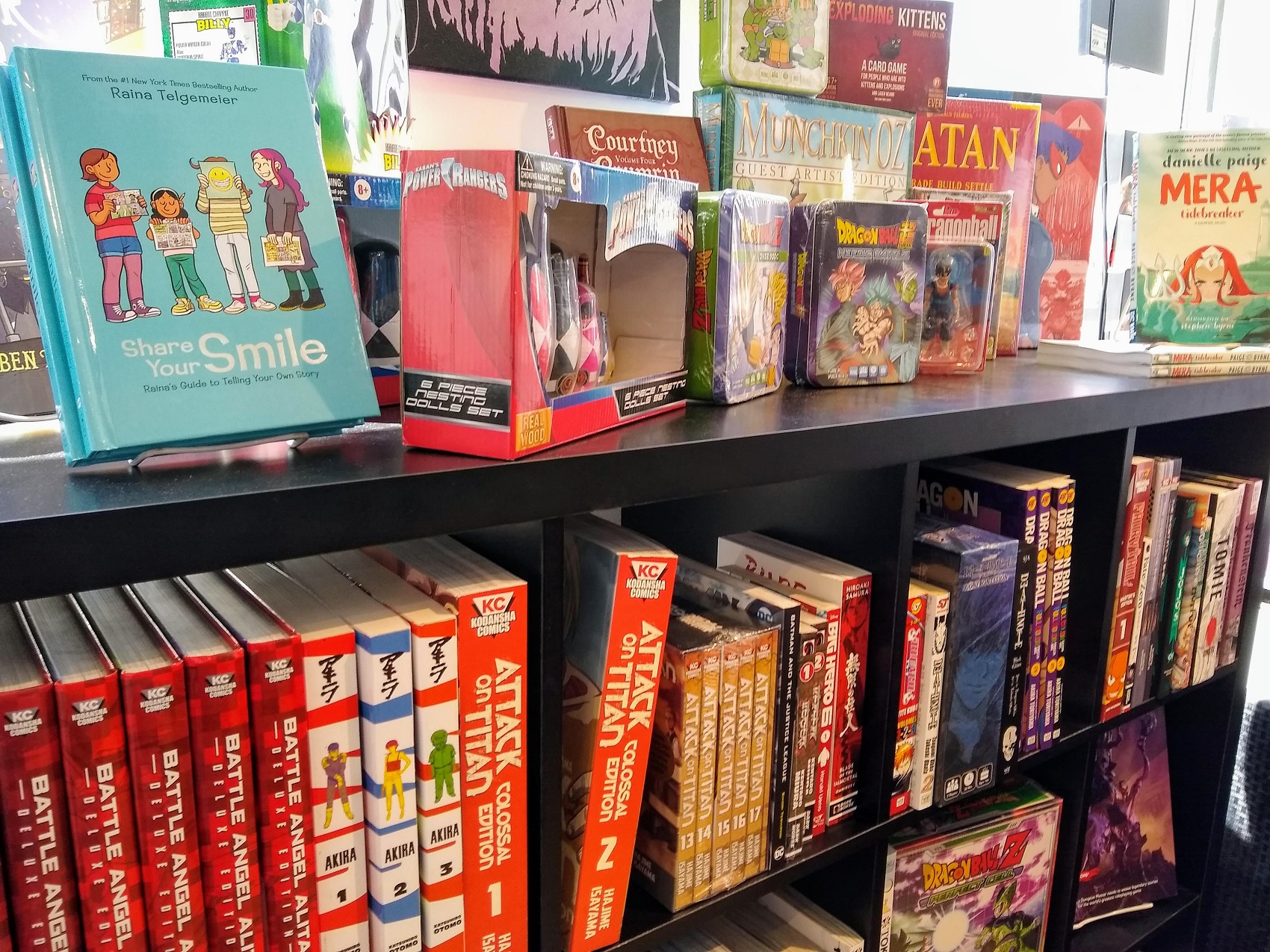 Many kids like to read comic books and graphic novels while transitioning to more advanced literature. It’s easy to see why the store is popular with kids of all ages—life-size Superheroes watch over the store, Superhero merchandise is in abundance and the shelves are packed with the latest editions of hundreds of different comic books. You can also find back issues of many popular titles or join their convenient in-store subscription service.

Since the Motsinger brothers moved Memory Lane Comics downtown in 2017, they have seen a huge uptick in business despite having to deal with ice storms, construction and a major hurricane! Ben and Jake say the store is a hot spot for geek culture and believe downtown is the perfect location for such a unique business. Despite online competitors, Jake says his customers are loyal and prefer to come and browse the shelves. 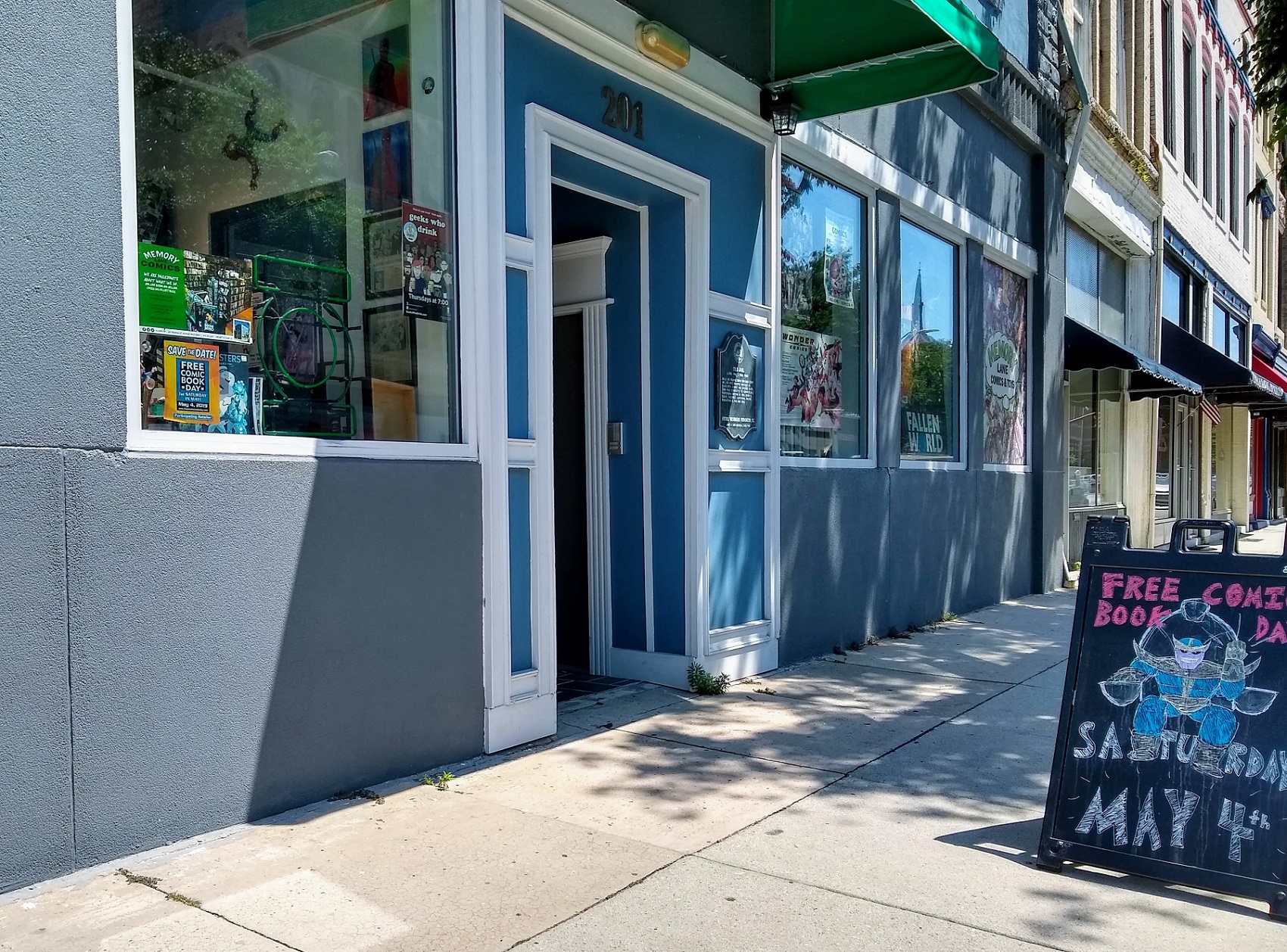 Whether you are a veteran comic reader or a newbie, Jake and Ben will help you find something you will love. This Saturday, join the comic book community for Free Comic Book Day. It only happens once a year and you can choose from around 50 titles—for free!