The grant program, known as Re-3 was designed to assist owners as they re-opened, re-stocked, and began to re-cover from challenges and due to generosity of local individuals and businesses it quickly grew into a fund that was able to issue grants to 37 companies. 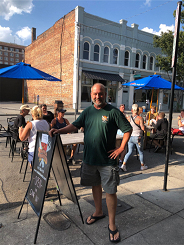 HELL’S KITCHEN Owner, Eric Laut remembers back to March 17th when he received notice at 9:00 a.m. that restaurants were ordered to be shut down at 5:00p.m. Like many other business owners, he had to adapt and make changes. After initially closing for employee safety and a deep cleaning, the restaurant re-opened for curbside pick-up.  As businesses were allowed to open for indoor seating, more employees have been able to come back to work.

What First? The R3 Grant allowed Hell’s Kitchen to re-stock their inventory. They modified their menu to be more efficient and menus are printed to be disposable. The Covid Shutdown spawned creativity in that they continued with Trivia Night—virtually. 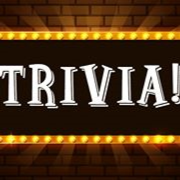 What’s Next? Hell’s Kitchen is participating in Downtown Alive and Eric believes that the outdoor seating allows for more separation between diners. And, Live Trivia is back now on Monday nights!

Thanks. The following generously donated to make Re-3 possible:

For info on how you can donate, contact WDI at: office@wilmingtondowntown.com