Wilmington Downtown Incorporated, (WDI) in partnership with the Longleaf Foundation,

The Cargo District and the South Front District.

The grant program, known as Re-3 was designed to assist owners as they re-opened, re-stocked, and began to re-cover from challenges and due to generosity of local individuals and businesses it quickly grew into a fund that was able
to issue grants to 37 companies. 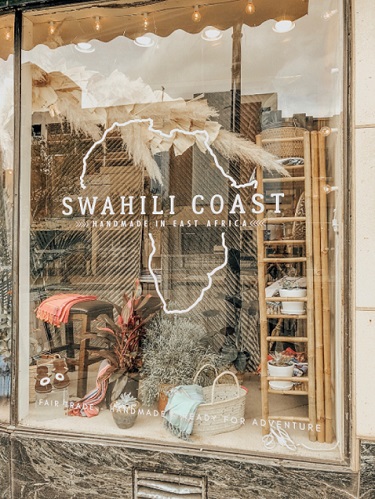 SWAHILI COAST was founded by partners Tony Peele and Caroline Fisher with the idea to help women in East Africa by selling sandals they made here in the U.S. The product line has grown as have the number of store locations in Wilmington.

What First? The duo submitted their entry video for the Re-3 Grant to outline their need and intent to expand their web-marketing. When the grant was awarded their efforts were successful enough to re-hire back employees. In late April, they decided to have their work force make masks and they tested sales on Facebook only to have all pre-sold in 12 hours!

What’s Next? The demand for masks has been so strong the cooperative in Tanzania has added 4 sewing machines to keep up with their current production of 1,000 masks per week. Swahili Coast looks forward to participating in Downtown Alive at their 21 N. Front Street location. 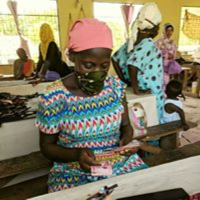 Thanks. The following generously donated to make Re-3 possible:

For info on how you can donate, contact WDI at: office@wilmingtondowntown.com