Shuckin’ Shack is the Place to go for Responsibly Sourced Seafood 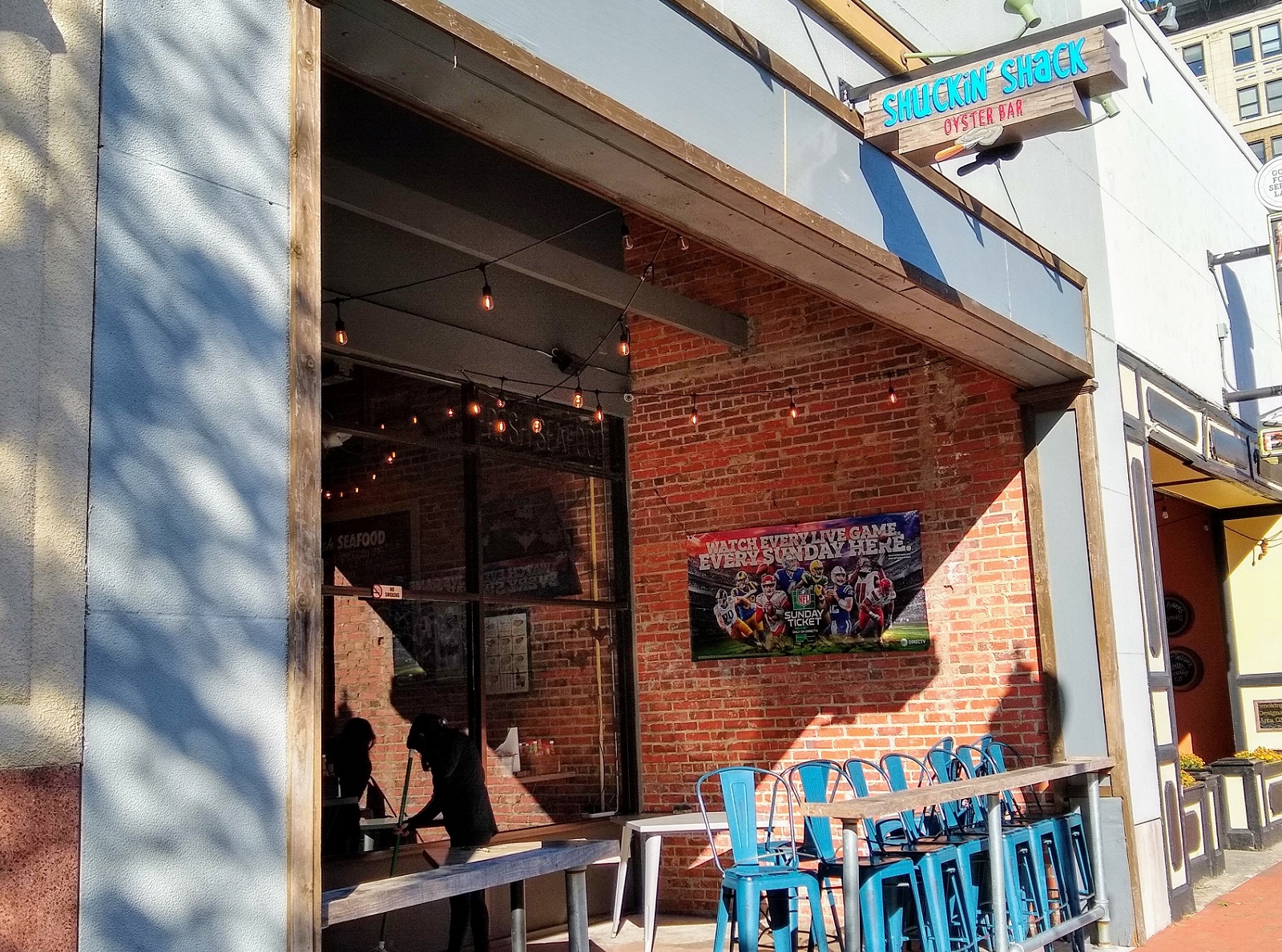 Since its inception in Carolina Beach in 2007, Shuckin’ Shack Oyster Bar has grown considerably. The Downtown Wilmington location was the second restaurant to be opened by beach buddies Matt Piccinin and Sean Cook in November 2012. Shuckin’ Shack has now been franchised out to ten other places and is on track to reach its goal of 20 locations by 2020. 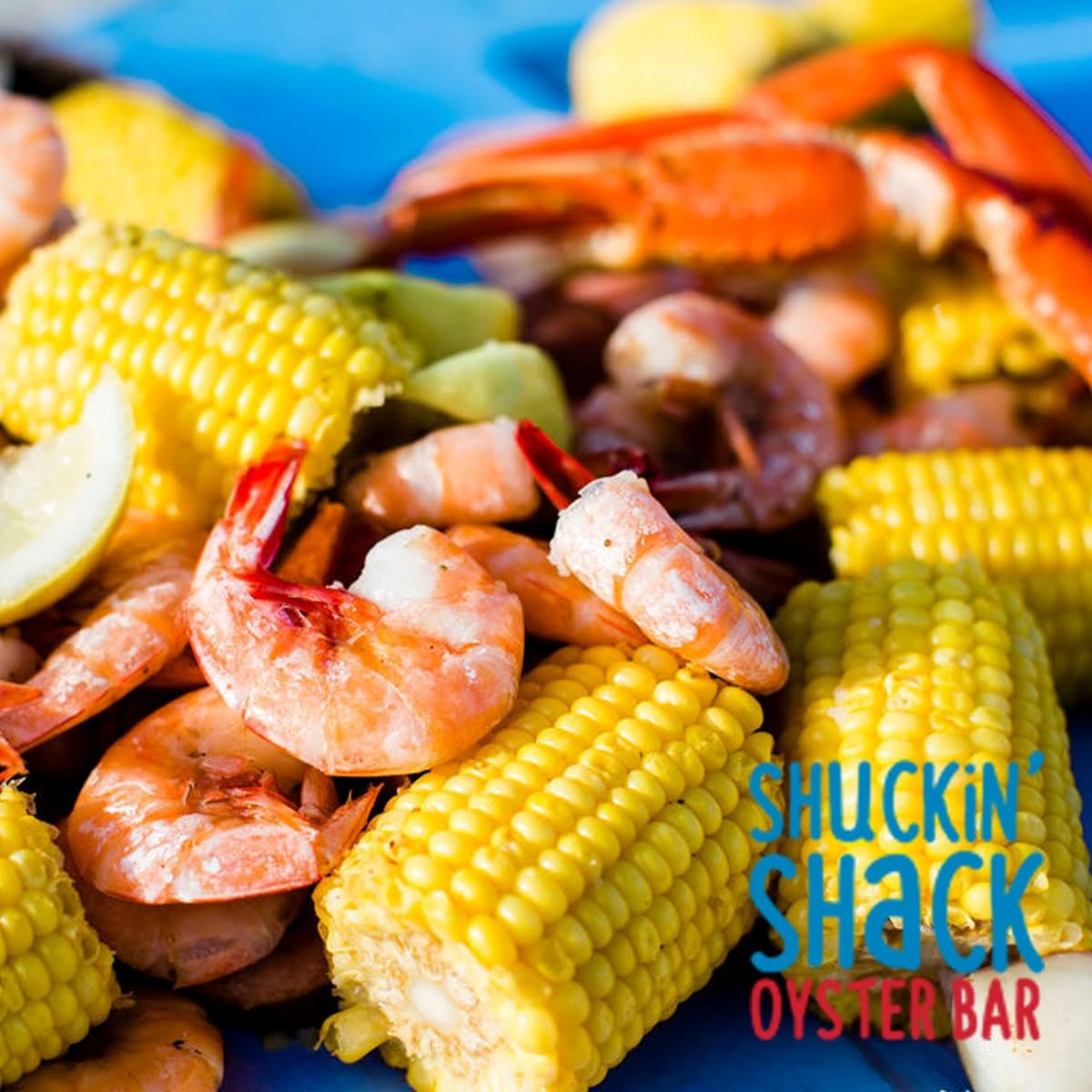 Matt and Sean built the business around their love of sun, saltwater, oysters and cold beer. Although oysters are the main focus of Shuckin’ Shack, the menu offers a good selection of other options including several different seafood dishes, chicken wings and steak burgers for the land-lovers and black bean burgers for vegetarians.

Of course, most people go to Shuckin’ Shack for the oysters, the most popular request being for raw oysters in the half-shells. If you are concerned about consuming raw seafood, you can still have “a good shuckin’ time” with steamed, chargrilled or fried oysters.

Barry Garrison, vice president of operations at Shuckin’ Shack recommends chargrilled oysters for customers who have never tried them. He says, “These are what we call our ‘Gateway Oyster.’ We recommend them because they are flavored with jalapeno cheese or parmesan garlic…and they are topped with bacon.”

And, what about the supposed aphrodisiac properties of oysters? A scientific study reported in 2005 found truth in the myth. Two unique amino acids known to stimulate libido were discovered in oysters…perhaps this is why Casanova reputedly ate 50 raw oysters for breakfast each day! 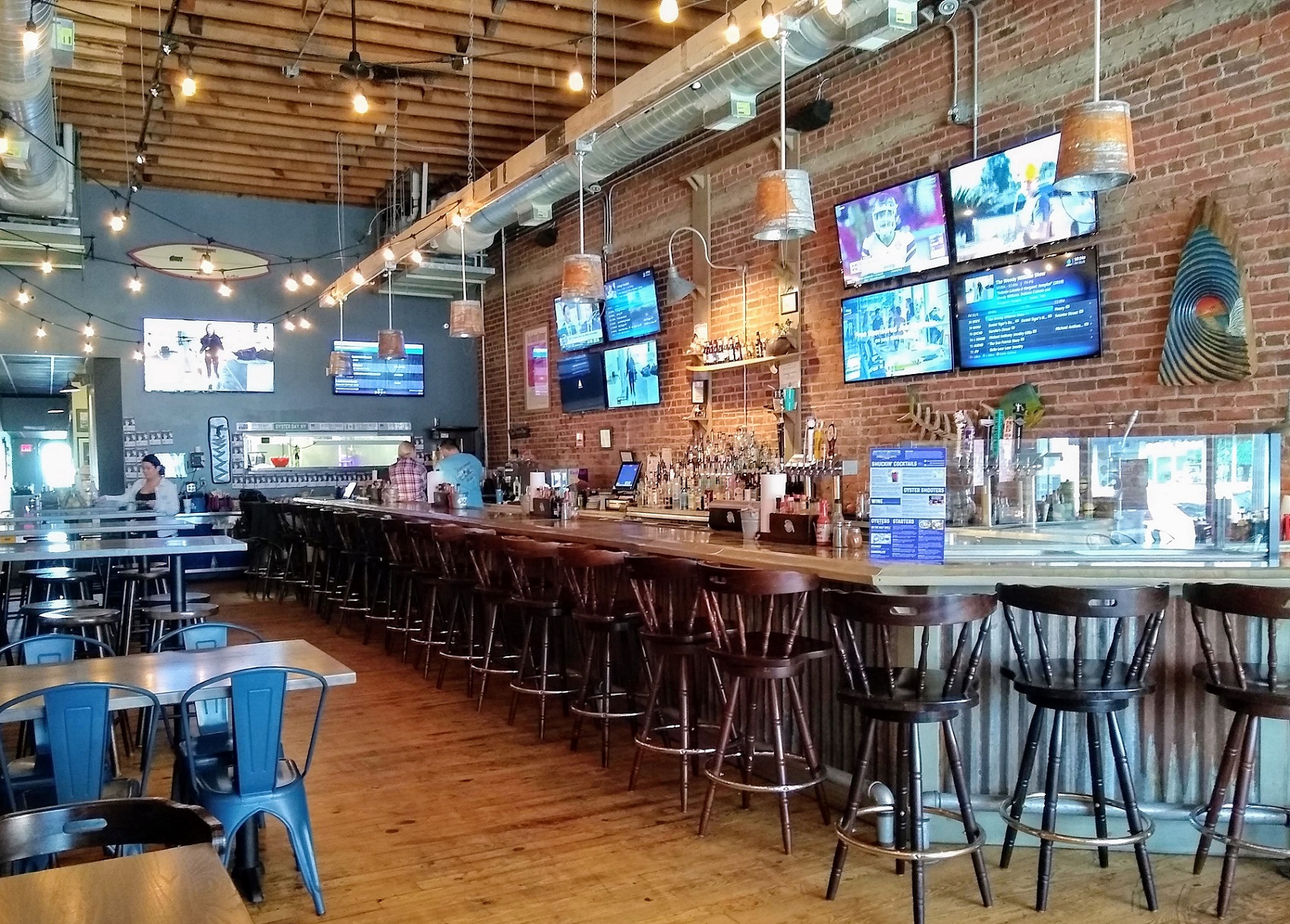 However, the belief that you can only consume oysters in the months that end in “r” is not true. Shuckin’ Shack serves oysters year-round.

Matt and Sean are very vigilant about the source and handling of their oysters. They buy oysters from local fisheries when available and year-round from Virginia, the Chesapeake Bay and Canada where the water temperature is more stable. They prefer to partner with sustainable fisheries and source aquaculture oysters that grow off the ocean floor; therefore, they are cleaner and less gritty.

In addition to obtaining responsibly-sourced seafood, Matt and Sean want to have all their Shuckin’ Shack locations certified ocean-friendly by 2020. To achieve this designation, they use mostly sustainable products and avoid using Styrofoam containers, plastic bags, bottles and straws. 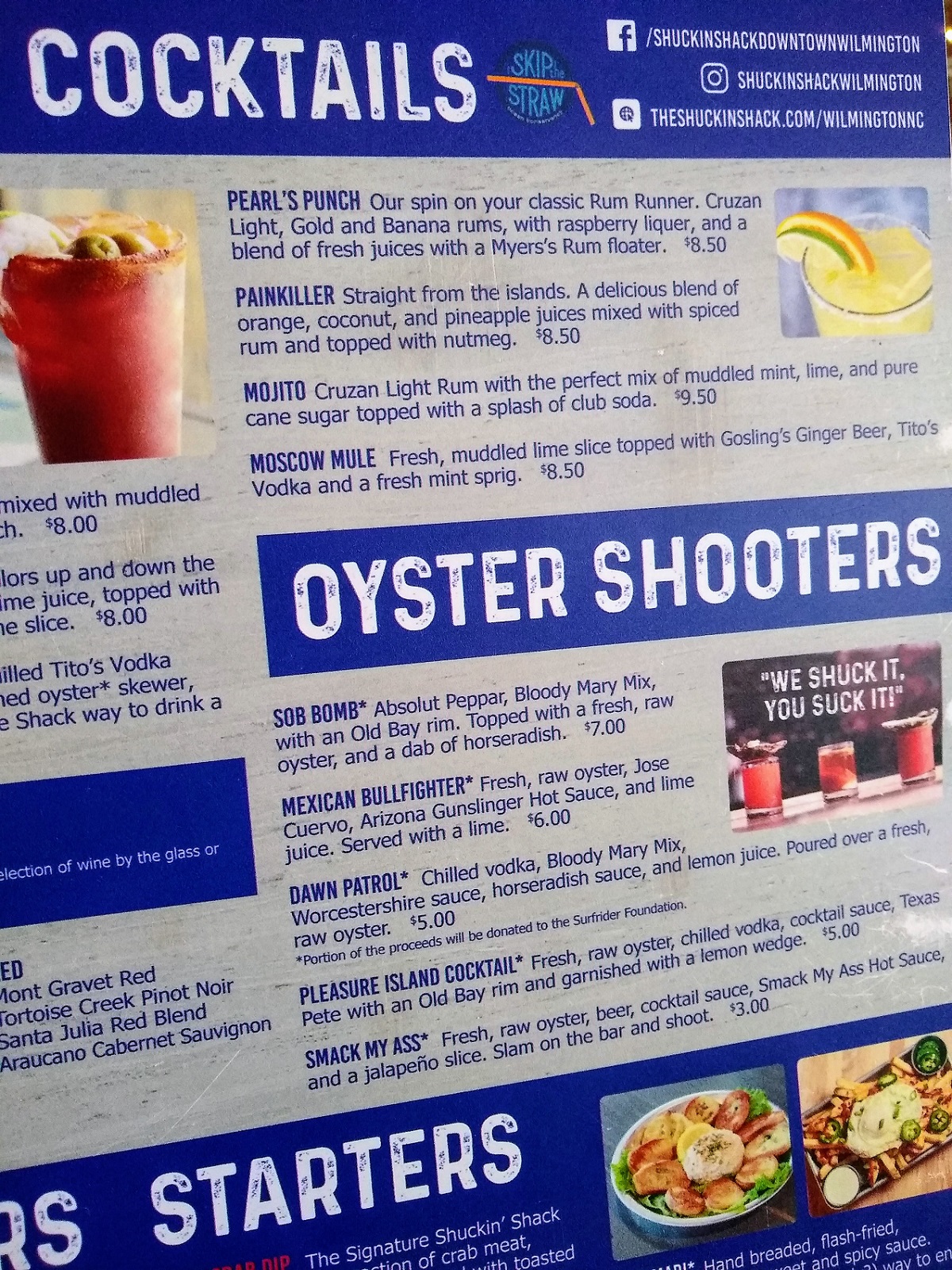 This is great news for the environment and is a good reason to dine at this locally-owned and operated downtown restaurant.

Oysters are even a feature on the drinks menu. Try an oyster shooter in tequila or beer or down a shot followed by an oyster bomb! This is the place for some serious fun!